When Mrs. Fan of Beijing came to the time of her life when she was expected to purchase a new home and become independent like in other traditional Chinese families, she realized she didn’t want to follow the normal course which led to astronomical debt just to live in the suburbs of Beijing. Instead, she decided to return to the town where she grew up which had since turned into a slum. Faced with meticulous infrastructure demands and low budget, she decided to purchase and build a Plugin House which was thirty times less than the cost of buying an apartment! 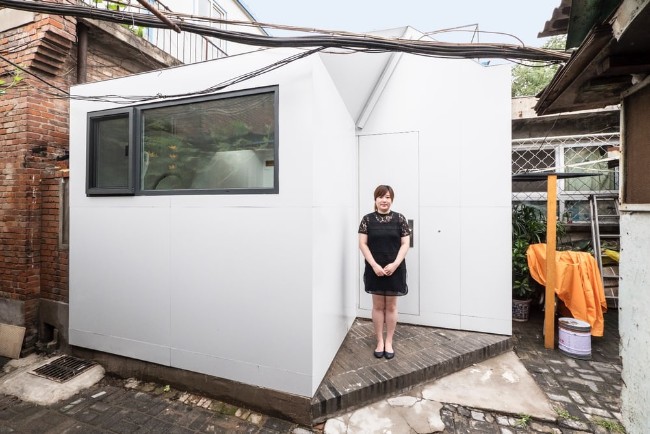 The unique housing solution provided a home that met or exceeded the standard and energy efficiency of the new apartments Mrs. Fan was avoiding. The Plugin house replaced part of her family’s old house and added new areas such as a kitchen and a bathroom with a composting toilet since the neighborhood doesn’t have a sewage system. 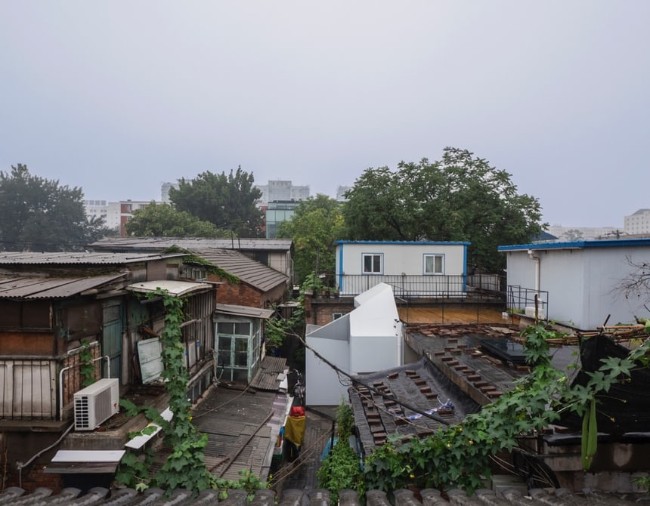 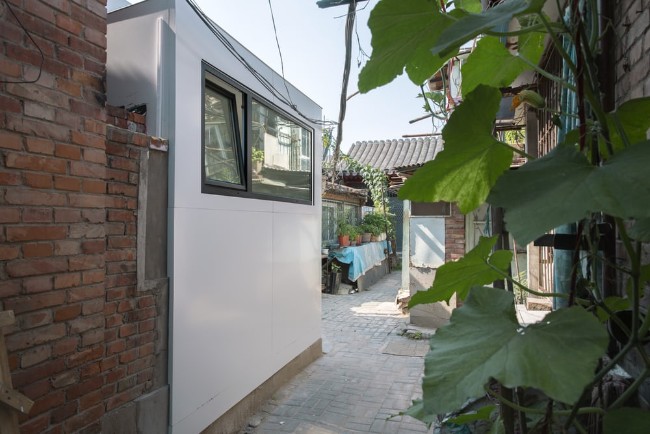 Mrs. Fan is slightly claustrophobic so the home was designed to bring in as much natural light as possible with the addition of skylights and clever reflectors. The kitchen has a washer/dryer combo in it as well as plenty of cabinet storage and a large refrigerator. 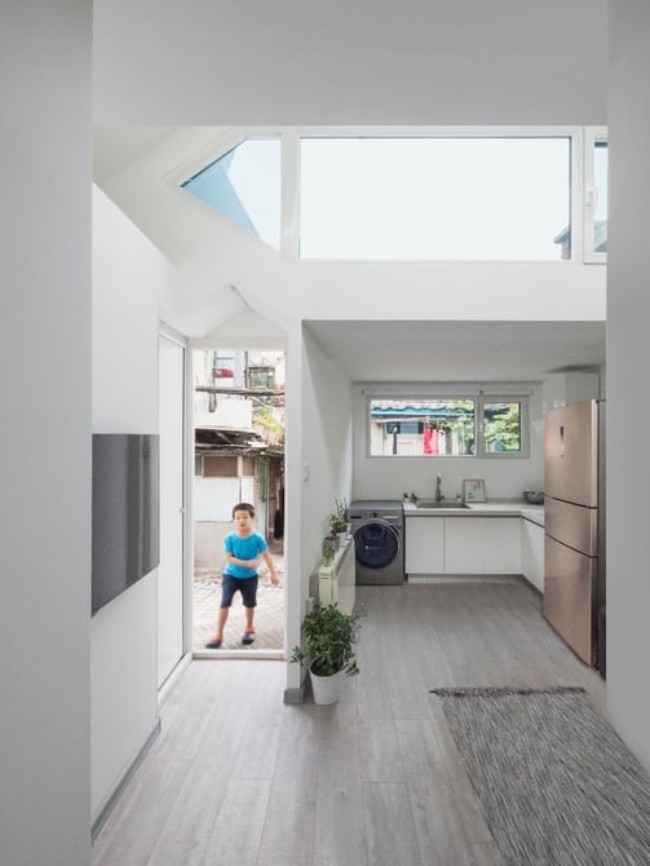 If she still feels too cramped, she can always escape to the roof deck for some fresh air. 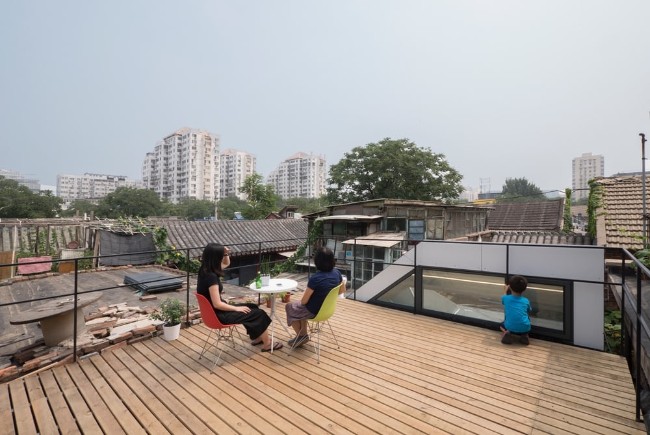 The Plugin House is unique as it’s made from prefabricated modules that can be combined in a matter of hours by a couple of people with only one tool in one day! Even wired and plumbing are integrated into the panels so it’s ready as soon as the house is assembled. 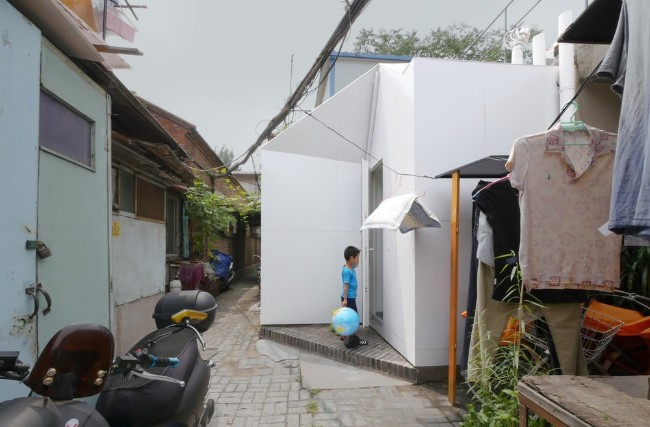 Another unique thing about the Plugin house is that limitations on the structure don’t come from city regulations but by the combined demands from surrounding neighbors of the house. For example, one side of the house couldn’t block the sunlight for one neighbor while another couldn’t interfere with the air circulation of another neighbor. Neighbors turned in demands even as the home was being built so entire sections would have to be modified to comply. 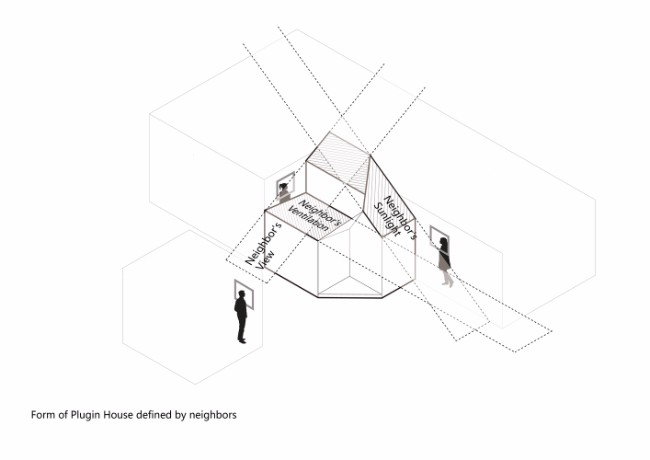 In the end, it was all worth it for Mrs. Fan to return to her hometown and being financially independent while maintaining a high standard of living. 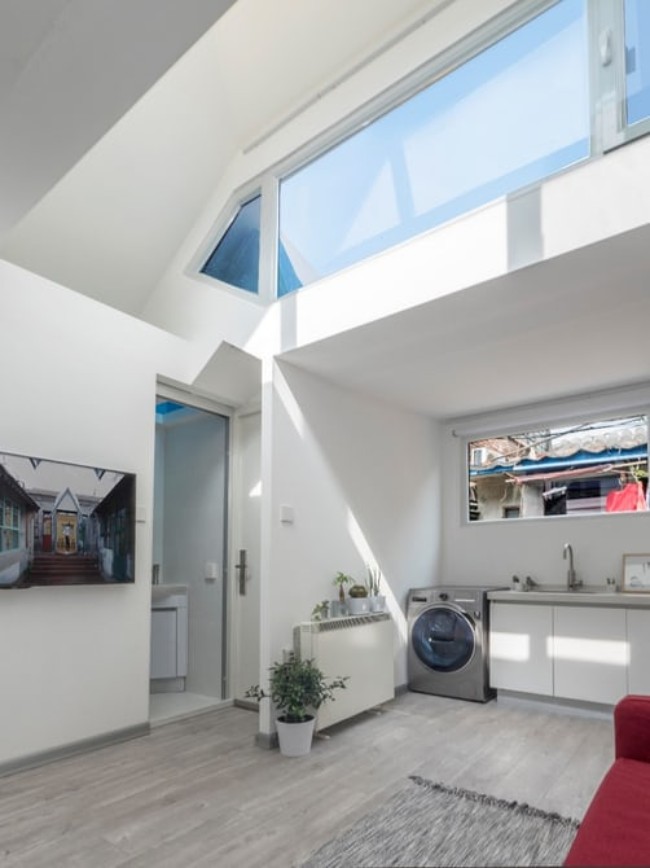