The owner of Terraform One had never built a house before and barely had any experience with tools at all when he decided to take on the biggest project of his life and build a tiny house on a 32-foot gooseneck trailer. The build took 4 ½ months and in the end, he had an amazing 250 square foot home. He’s moving on to bigger and better things with Terraform Two next year so this model is now for sale for $75,000. 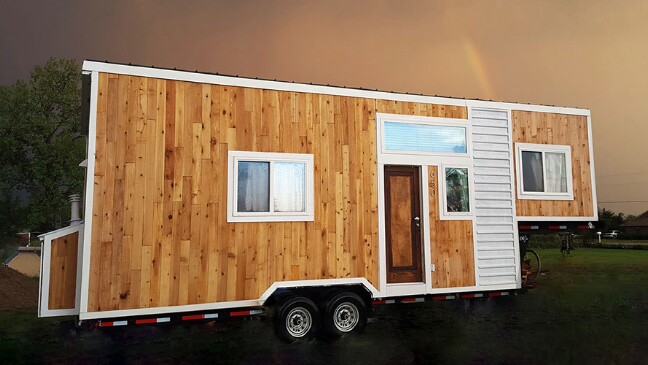 Built for two people to comfortably live in, it was constructed with Structural Insulated Panels (SIPs) and he enlisted the help of Artisan Tiny House builders to make sure the home was built to last. The home has a large living area with a couch that can fold out into a full-sized bed. There’s also a surround sound system, 110” projector screen, and hanging storage
for three bikes.

The ceiling is made from reclaimed wood and has a full-sized fan squeezed in next to the bike storage.

The kitchen has butcher block counters with an industrial stainless steel sink. The white cabinets have plenty of storage and provide tons of space on top for cooking on the induction burner. The glass-front refrigerator is another unique feature as well as the chalkboard which serves as the backdrop to the two beer taps! 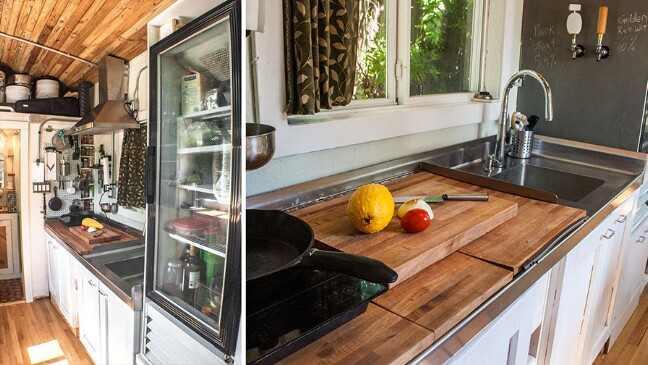 The main bedroom is in the space above the gooseneck of the trailer and is accessed by three steps. There’s space for a queen-sized bed and even has a closet and tons of headroom. 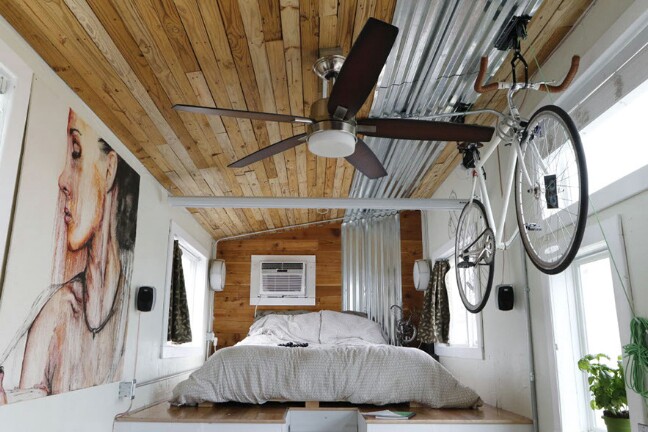 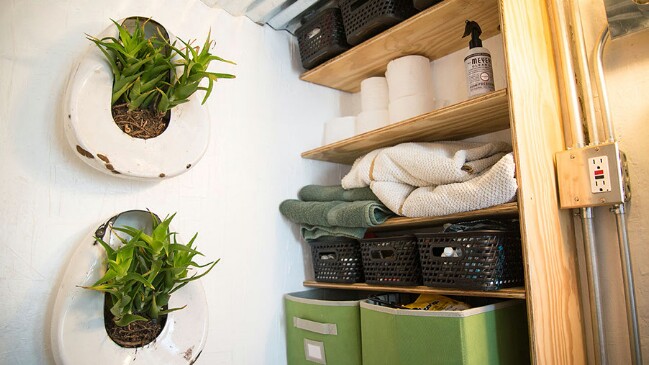 Not pictured is the bathroom with a composting toilet, large shower stall, and sink area. If you’re interested in making this unique tiny house your own, visit http://terraformth.com/t1.html to see more pictures and videos about the Terraform One and to get in touch with the owner.