There were quite a few amazing creations on display at Dutch Design Week 2017 in Eindhoven, one of which was a futuristic configurable hotel/apartment built by MVRDV studio. Called (W)ego, it could be used by families, students, refugees, or anyone else in search of a home which is at once tiny, functional, and interconnected. 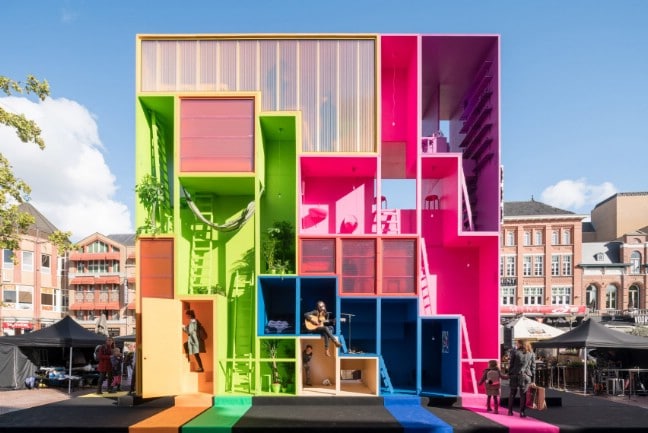 As you can see, the creation is delightfully colorful, with the different colors denoting different spaces within the dwelling. 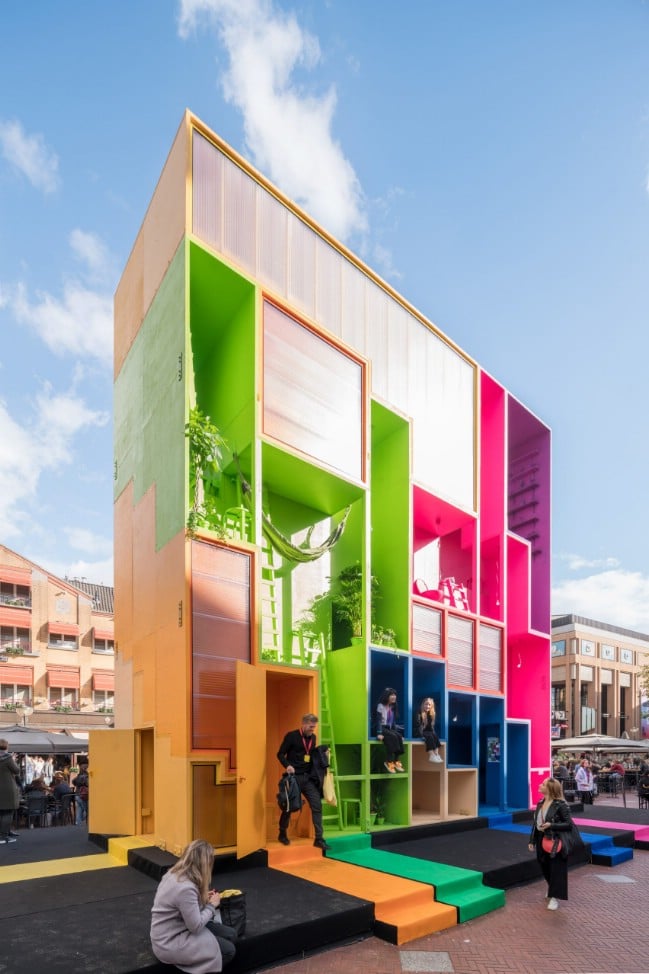 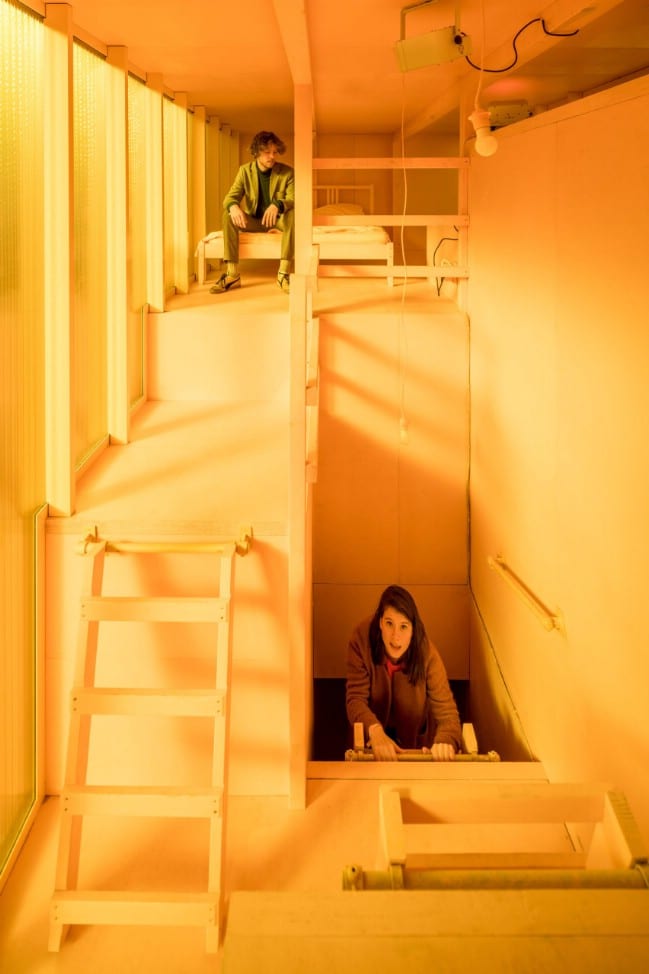 Originally the design was conceived of as a hotel, but it could easily serve as an apartment complex.

These spaces are not supposed to be entirely separate from one another—just as the lives of members of a densely packed community could never be totally separate. Instead, the designer explains, “ (W)ego explores participatory design processes to model the competing desires and egos of each resident in the fairest possible way.” 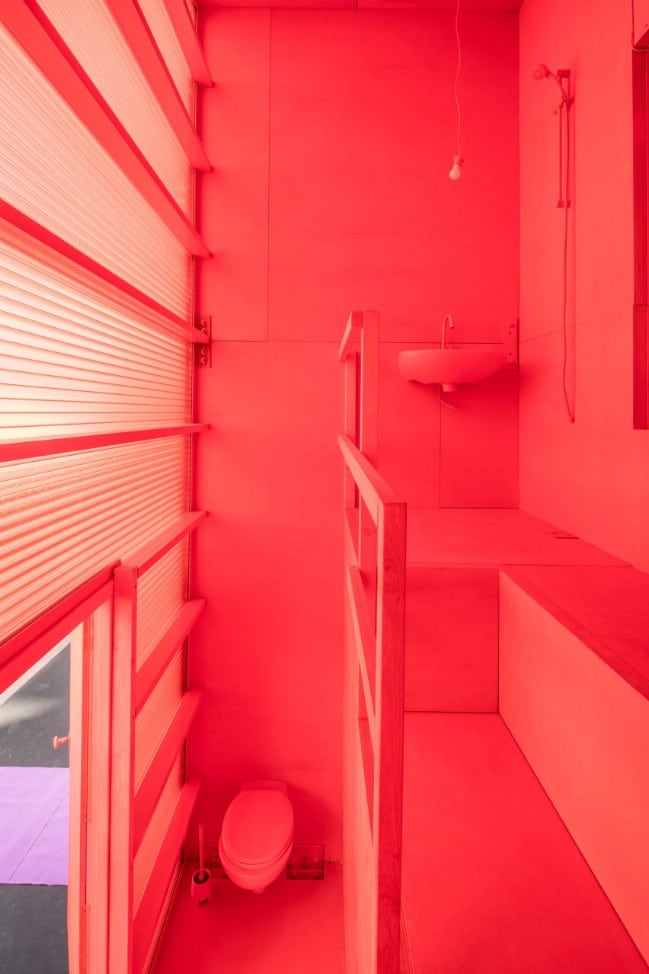 The structure was on display from October 21st through October 29th at Dutch Design Week.

As mentioned, the design is reconfigurable. During the event, MVRDV did not reconfigure the structure, but it was erected with two sides on display, each featuring one possible configuration. Both were left open-faced so that those touring the event could look inside without having to step in to explore. 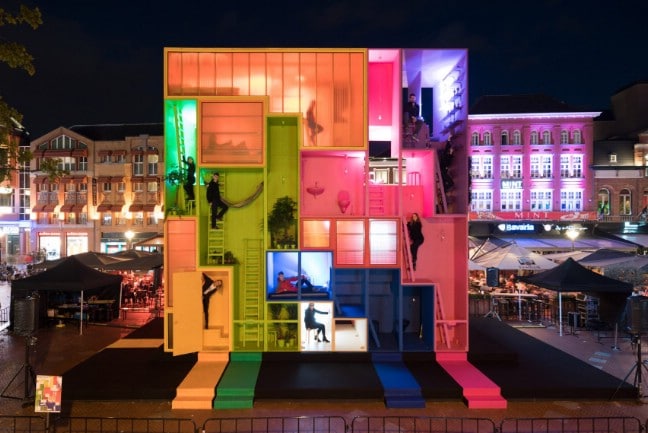 For some reason to me, seeing the structure lit up at night like this helps me see it in a homier light. For the most part, it seems more artistic than livable, but somehow I can actually picture spending the night in one of these cozy little colorful alcoves now.

These photos came from Dezeen. You can view a few more on MVRDV’s site (there was no way to share the links for those images, which is why I used the ones from Dezeen). You can also click on the “Projects” link at MVRDV to see some other cool stuff the design team has been working on.

Previous Post: « Welcome to the World’s Tiniest Irish Pub
Next Post: Introducing the Frontcountry Hut from The Backcountry Hut Company »

Brand New Minnesota Tiny House Was Made to Look Ancient

It Used To Be a School Bus … Now It’s a Cozy Loft On Wheels!