Brandon Batchelder and Chloe Barcelou have lived in a lot of different locations, but none of them really felt like “home.” As husband and wife, they have spent time in various hotels and apartments and stayed over at friends’ homes. They moved many times but never felt they belonged anywhere … except together.

That all changed when they finally decided to build their own tiny house that they could bring with them wherever they wanted to go! And the home they built for themselves? Amazing!

Here you can see the happy and very creative couple! 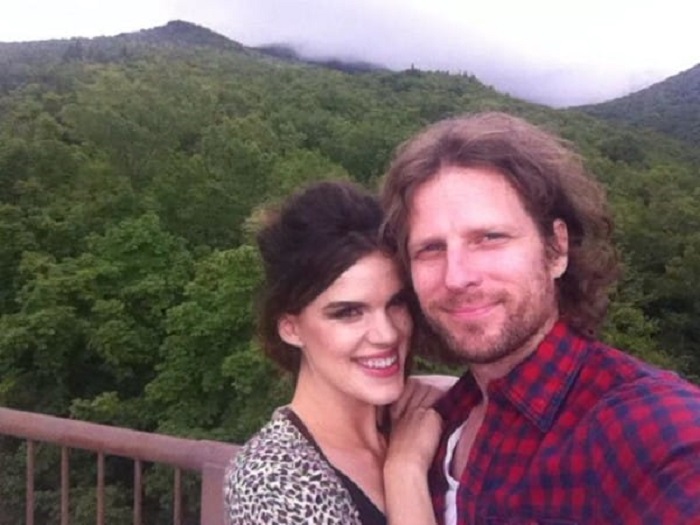 Both Brandon and Chloe have worked in the movie industry. Brandon has designed sets, and Chloe has worked as a stylist. Oftentimes when watching movies, I have wondered whatever happens to all the awesome old sets and props after the movies are done being filmed. Well, now I know. Brandon and Chloe managed to retain a lot of the props they worked on, and have up-cycled them into unique design elements for their own cinematic tiny house! 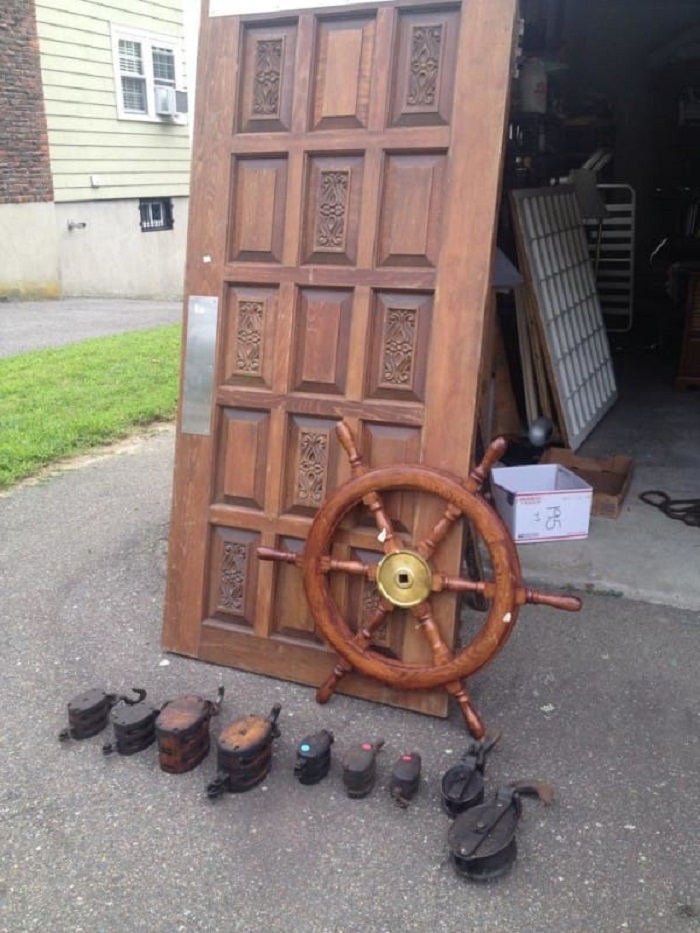 It took Brandon two months to design the home and another nine months to construct it. 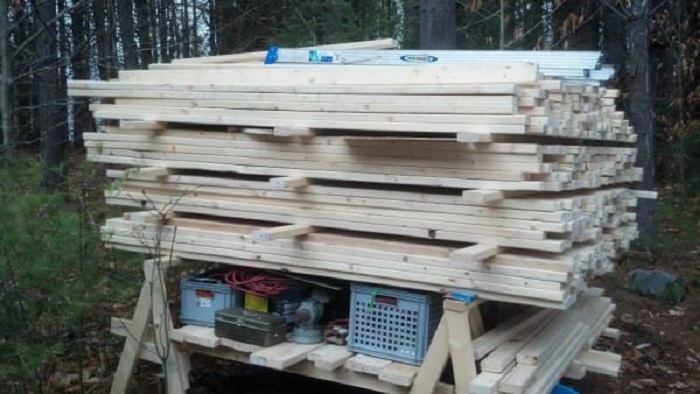 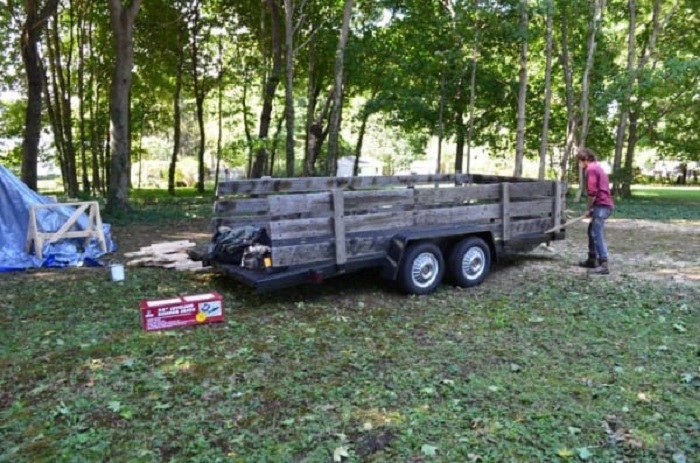 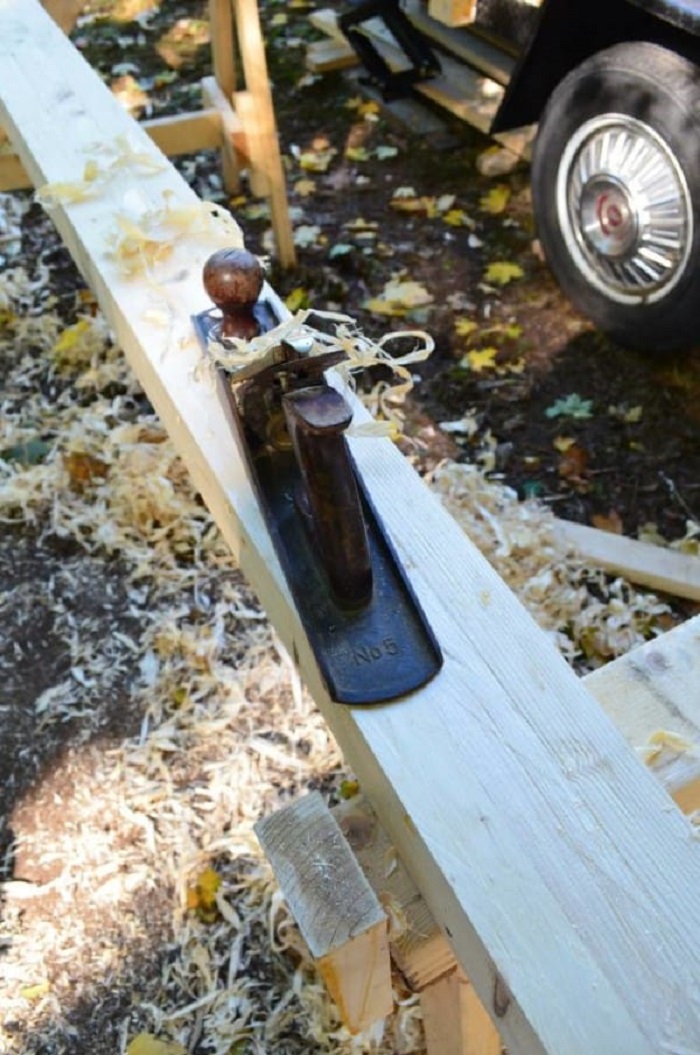 The original trailer which Brandon purchased to convert was for sale on Craigslist for just $1,000. The first step was to elevate the ground floor. This would create a cavity which could be used to stow away the pullout deck when not in use. 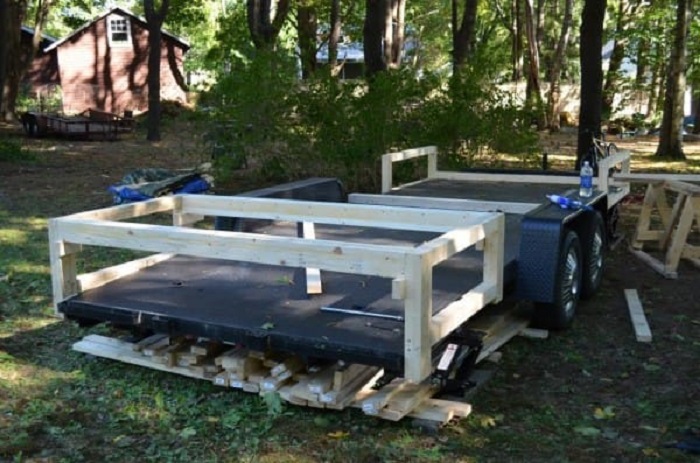 Here you can see the framework going together: 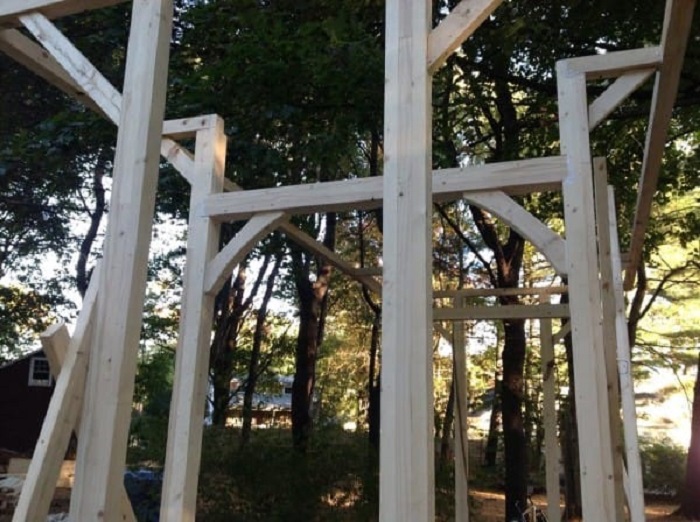 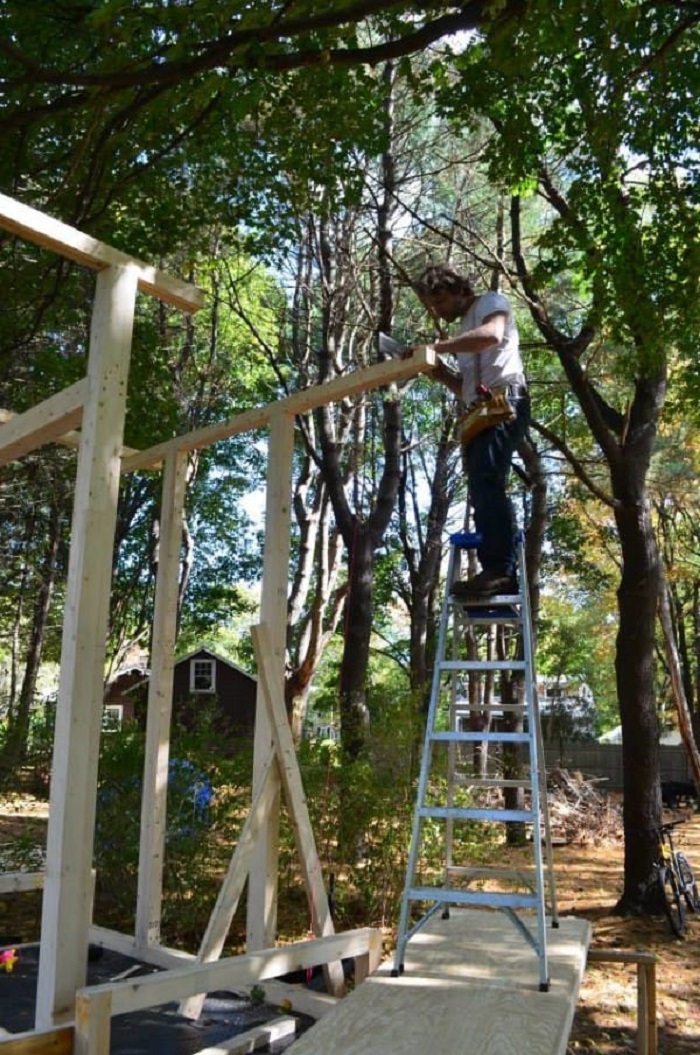 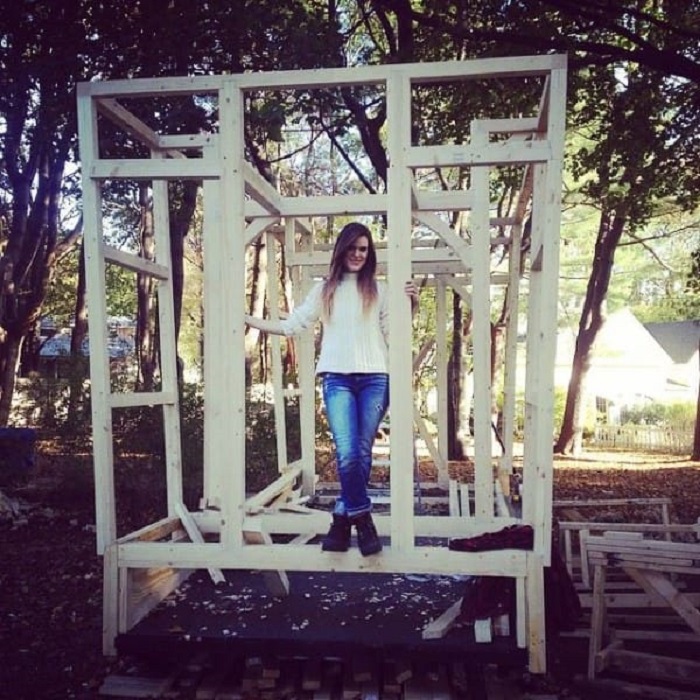 Along with old sets and props from movies the couple worked on, found items from yard sales and even the roadside were integrated into the design.

Here you can see the roof going on: 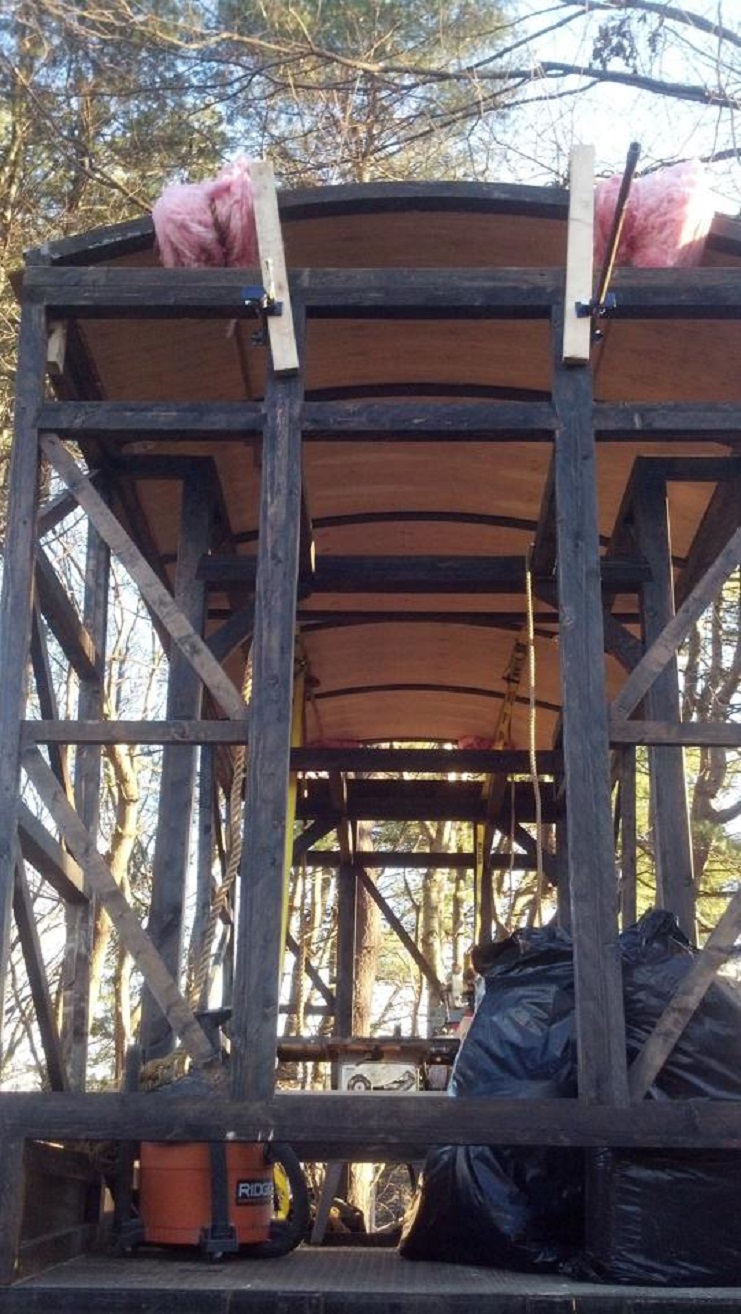 Now comes one of my favorite shots. Here is a relatively finished look at the interior. I love the old-world European ambiance in here! It looks like a little medieval cottage or something! The Tudor influences are really cool to look at. And check out at all the light coming in through the windows! 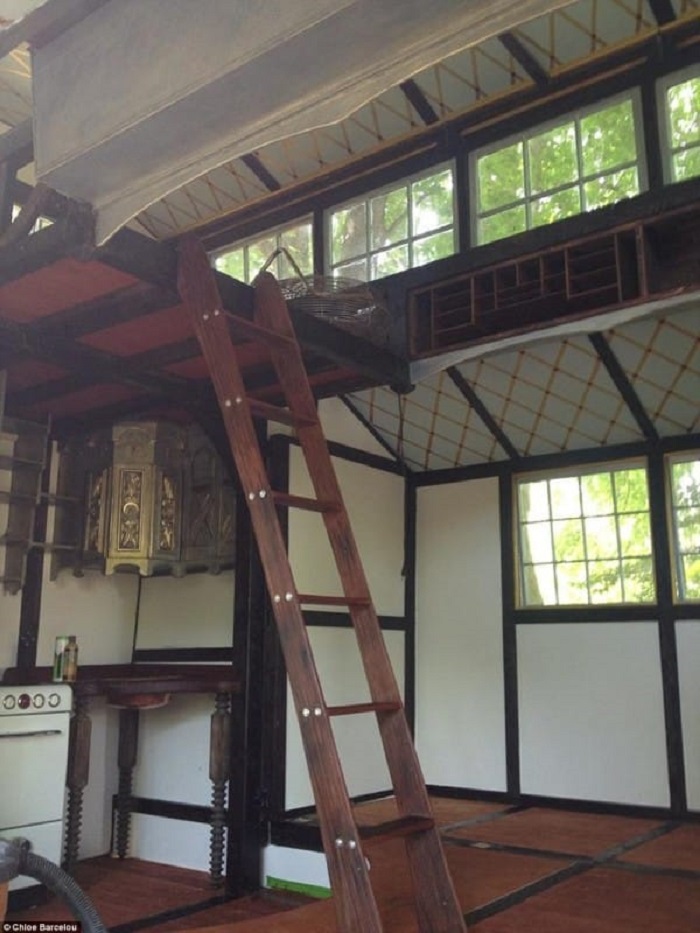 Here is a shot during construction looking toward the door. 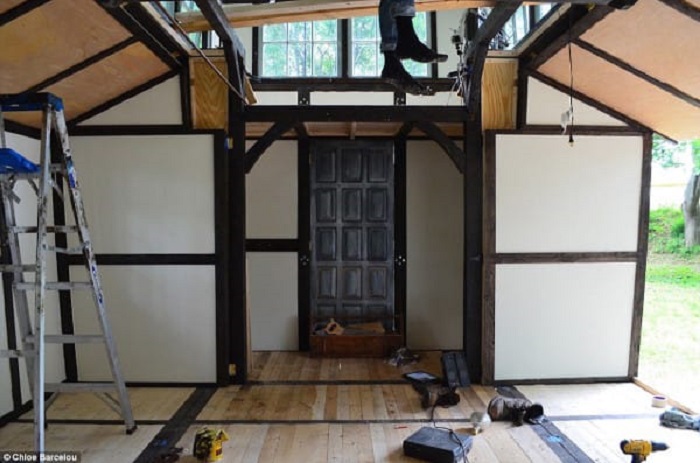 Look at the ornate design elements in the kitchen! I have no idea what that actually is, but it looks really awesome. 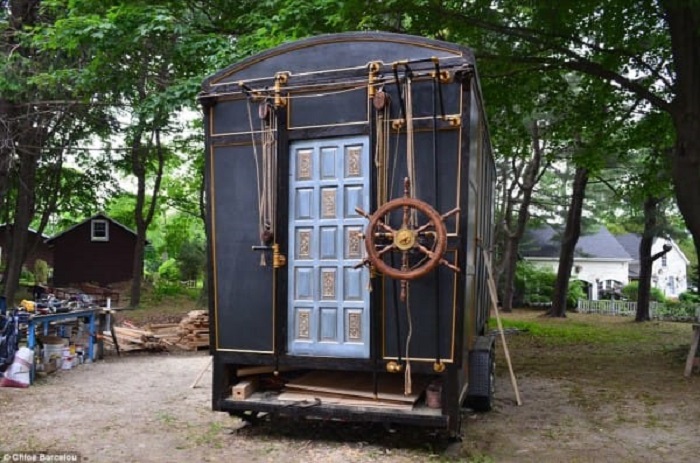 Here are a few photos that show the exterior of the house. The design was, believe it or not, largely inspired by the look of an old-fashioned steamer trunk! There are also architectural embellishments inspired by railroad cars, Gypsy caravans, tall ships, and stage coaches. It’s pretty incredible that they managed to build such a luxurious-looking place for just $10,000. 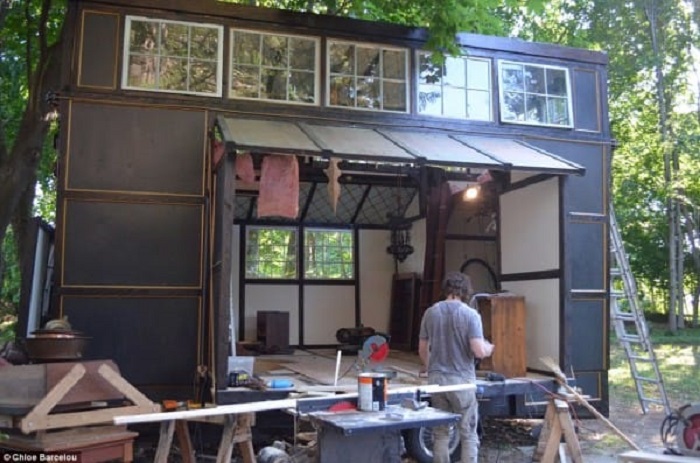 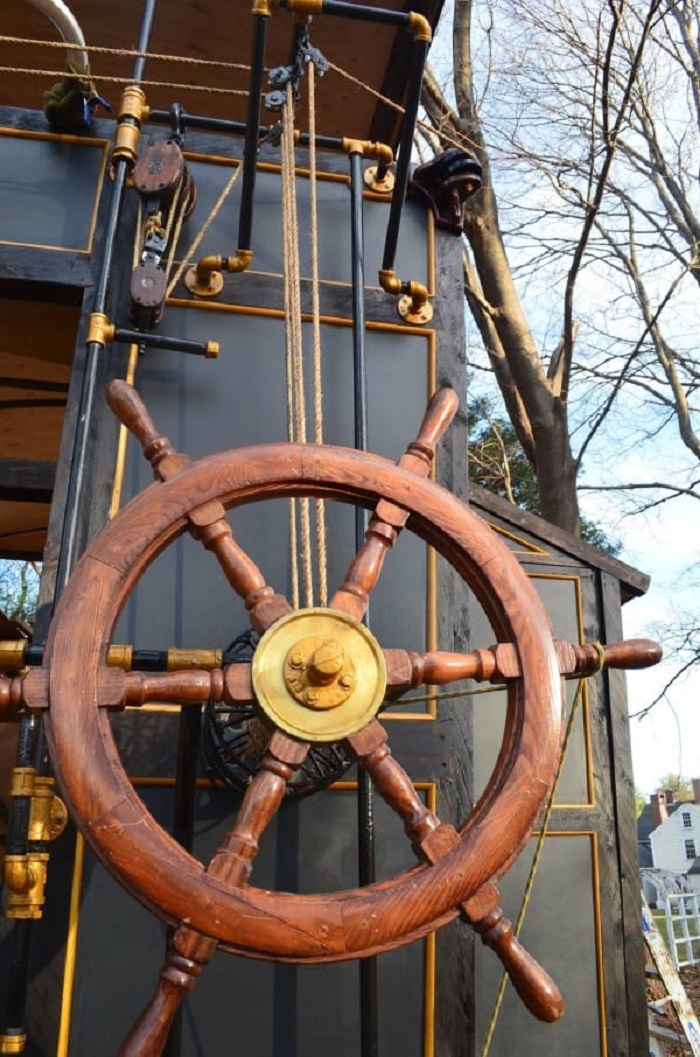 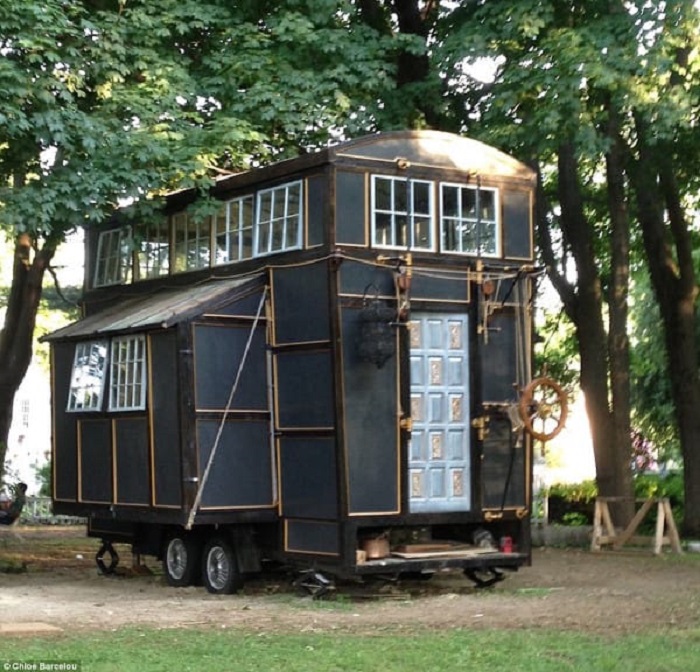 What’s the key to being so creative? According to Brandon, it’s liberating yourself from conventions and building something which fits your unique individual needs. “Your imagination is the limit. You can design functions that only you need or understand.”

If Brandon and Chloe’s imaginative cinematic tiny house inspired you, be sure to share it!