A lot of people dream of a home with a view, but not a lot of houses have a view like this.

Dabney Tompkins and Alan Colley were on a ferry ride a number of years back when they came across a book about fire lookouts. Fire lookouts were used by the U.S. Forest Service to spot and monitor blazes. They are now largely out of commission thanks to satellite technology which has rendered them obsolete.

There are still a few fire lookouts standing in various parks and national forests throughout the U.S., a number of which are located in Oregon. Many of these are available for rent. Tompkins and Colley, then living in Portland, decided to give it a try. They rented a few different fire lookouts before they decided to build a “fire lookout” of their own.

Dabney and Alan’s tiny house is situated on 160 acres of forest and meadowland, a location is known as Summit Prairie. The couple contracted with a local builder and finished construction on the home in 2010.

For a while, they used it as a weekend getaway, but eventually they decided to move in. Tompkins explained, “About a year and a half ago, we decided to be totally irresponsible and quit our jobs and move here. We were just going to do it for one year because we thought this might just be too isolated, too boring, too rustic. But then we got down here and started to meet people and really enjoy the rhythm of it.”

Here you can see a view of the “fire lookout” tiny home across the meadow.

See also  This Bright, Airy Tiny House Used To Be Dark and Claustrophobic 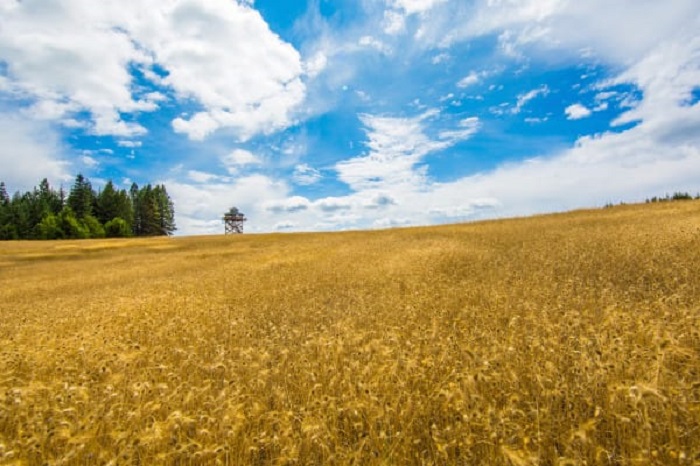 The design closely imitates the traditional design of real working fire lookouts. As you can see, there are a lot of steps to climb. 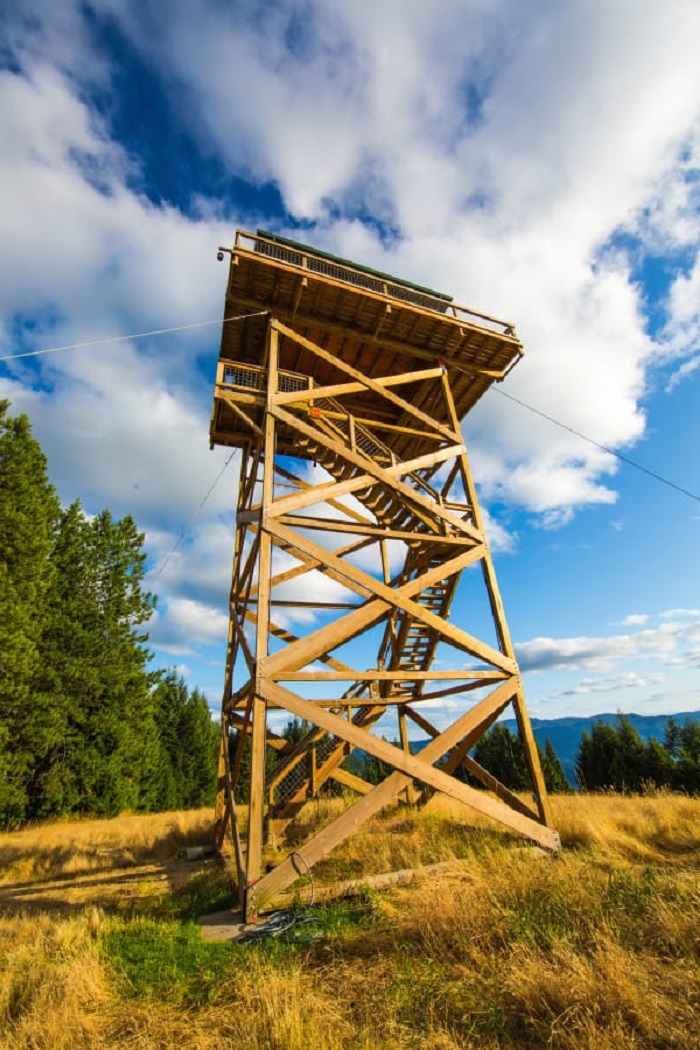 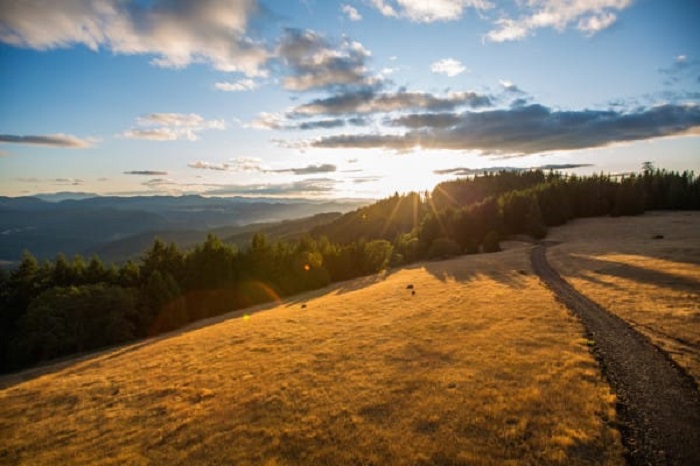 Totally worth it. That’s the Umpqua National Forest you’re looking at. Here is another beautiful shot of the house: 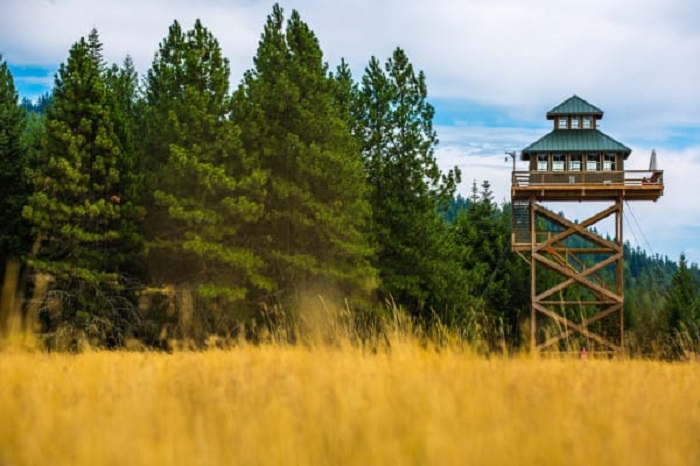 What’s it like inside? Here is the kitchen counter and stovetop. 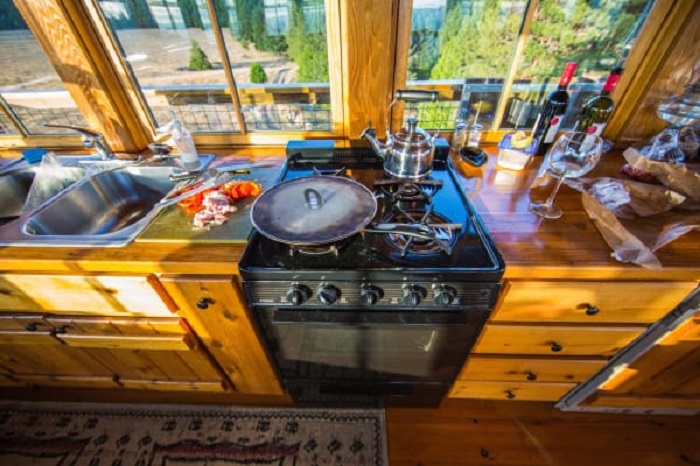 Okay, here is where I would probably have chosen a different path, but these two were set on authenticity. Fire lookouts were never equipped with bathrooms historically, so this tiny house isn’t either. Instead, there is an outhouse. All I can think about is all those stairs … 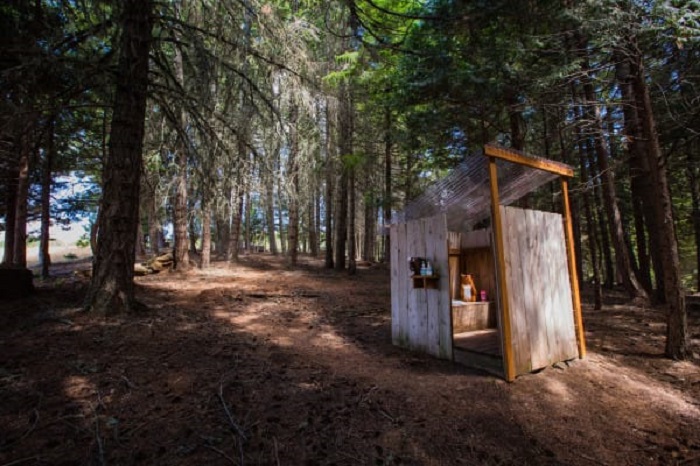 It can be tough getting by without a lot in the way of supplies, but rural living requires some adjustments. The couple grows their own vegetables and shops at a local farmer’s market. 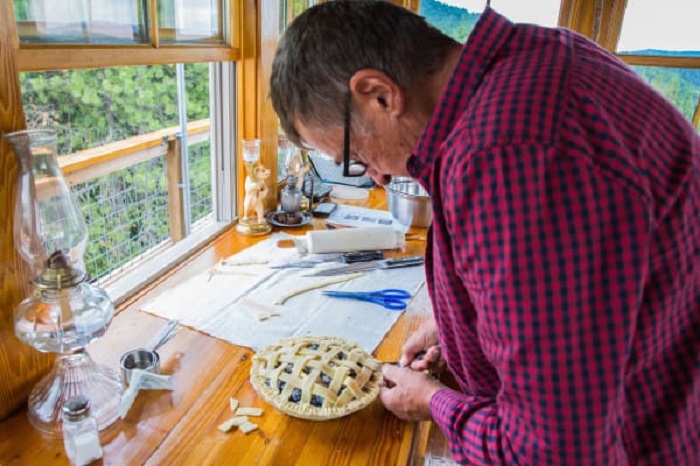 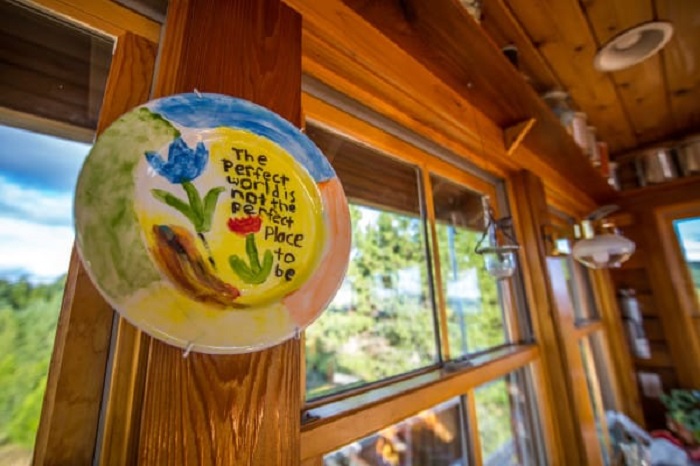 Here is an awesome shot of the interior which showcases the 360-degree view out the windows, the beautiful wood used for the floor, ceiling, cabinets, and furniture, and the unique ambiance which the couple gets to enjoy every day. 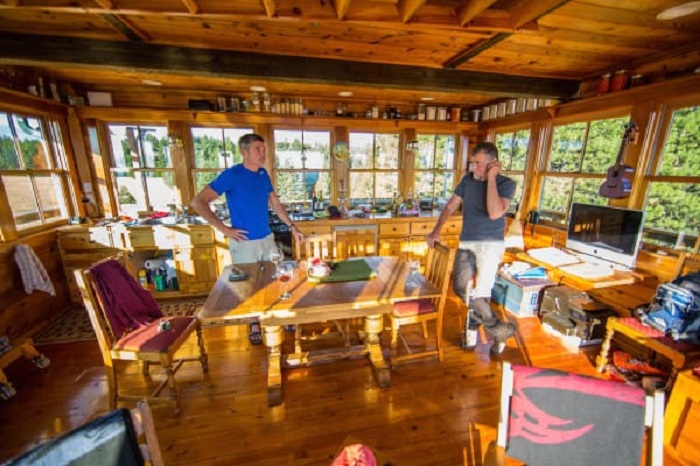 “It’s quiet—so quiet it allows me to hear things I wouldn’t hear in the city,” said Alan. “There’s no urban beat. You don’t hear sirens, you don’t hear traffic—you hear us. There’s nothing like that.”

Finally, here is my favorite photo of the lot, Alan and Dabney out on the deck enjoying the view and the wonderful life they’ve created. Moving out to the country may have required a lot of changes and adjustments, but clearly it was totally worth it. 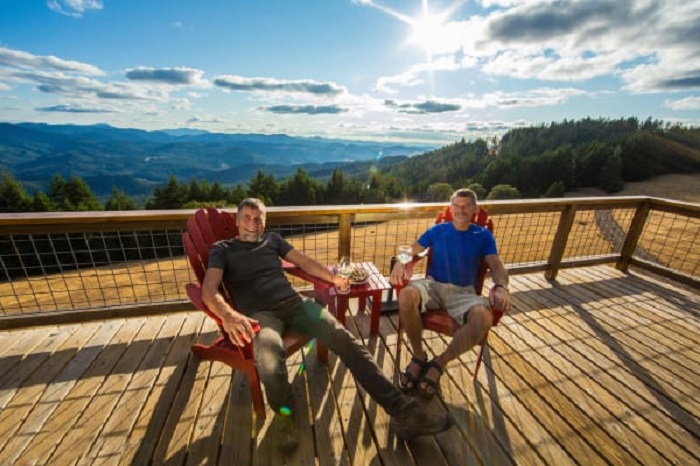 Now I want to live in a fire lookout! If you were as amazed by this tiny house as I was, be sure to share it!