Let’s see, what’s the last thing you spent $300 on? DMV renewal fees? A new laptop? Rent? We live in a culture where a lot of us subsist on very little, but we’re trained by those who have a lot of money to think less of what we do have. But it’s amazing what you can do with $300 if you have the creativity and determination to make something incredible happen.

Owen Geiger is a guy who proves that $300 is a lot of money—enough to construct an entire tiny house! That works out to a cost of roughly $6 per square feet. Not only that, but his tiny house is really cool. Let’s check it out.

Here is a picture of the finished home, located in Thailand. Isn’t it adorable? It looks just like a little Hobbit house. It fits in beautifully with the natural surroundings and tropical plants, and looks very inviting. 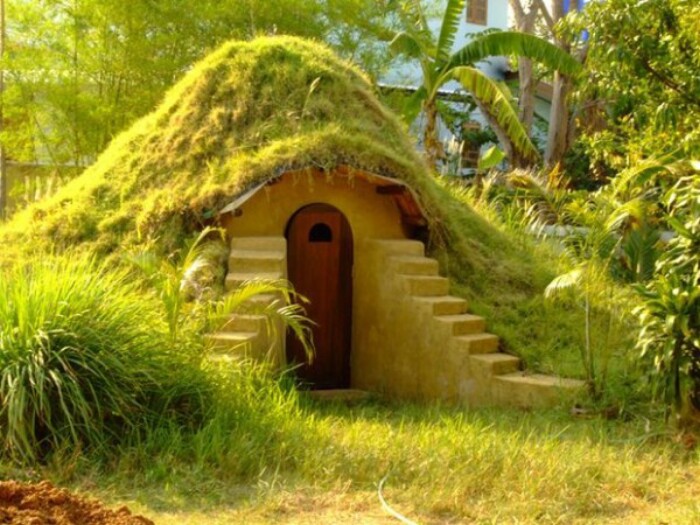 This is a home which locks in warmth during the winter and remains cool during the summer. It is ideal for any climate. 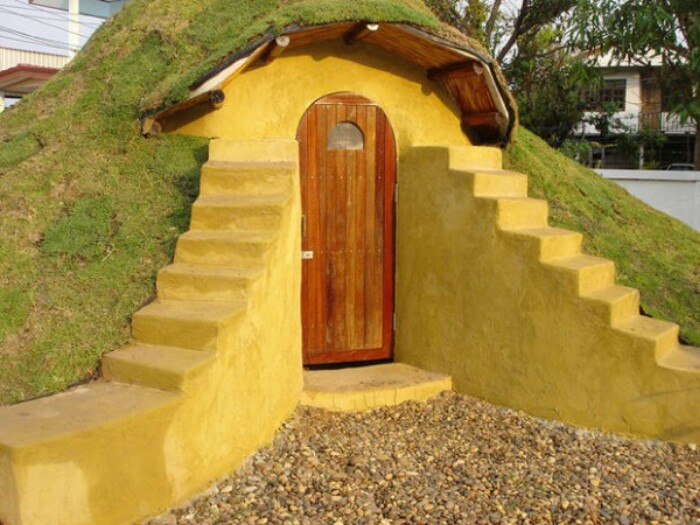 Now let’s have a look at the construction photos, starting with the foundation. This home was built using a method called “earthbag construction.” Earthbag construction is a building technique which allows you to create a structure which is sturdy and can hold up even to intense climate conditions. These buildings go up quickly and inexpensively. Originally the technique was used to build military bunkers and provide flood control dikes.

In this photo of the foundation, you can see the bottom layer of poly bags. Each has been double-bagged and filled with gravel. 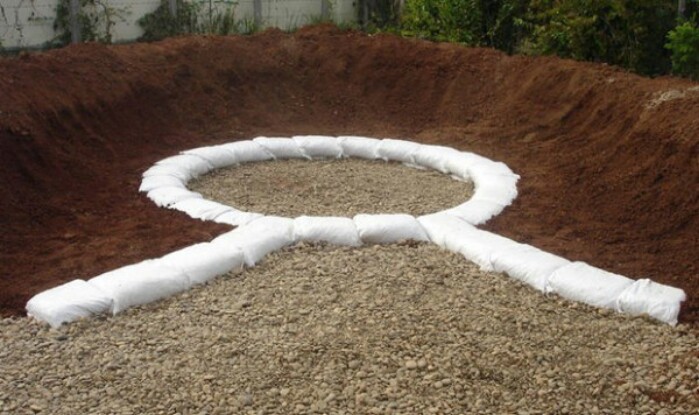 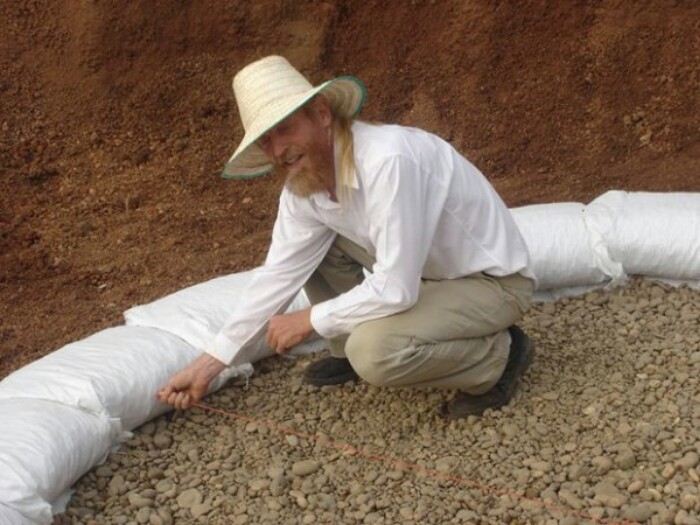 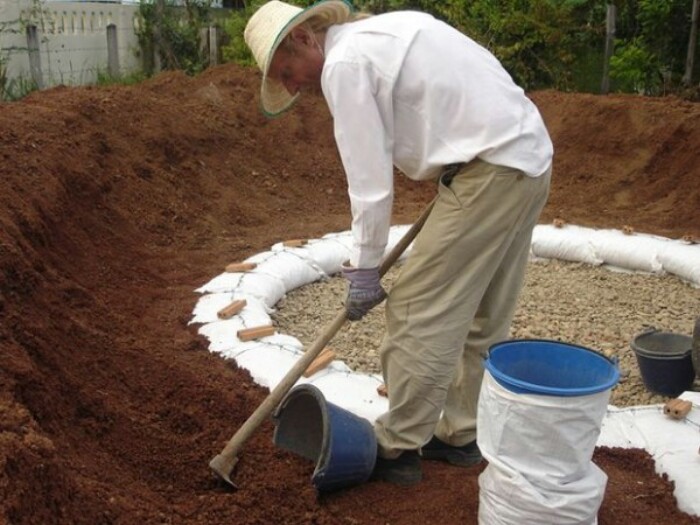 Here you can see the first four tiers of bags neatly stacked up one on top of the other. Between each layer is a run of barbed wire. 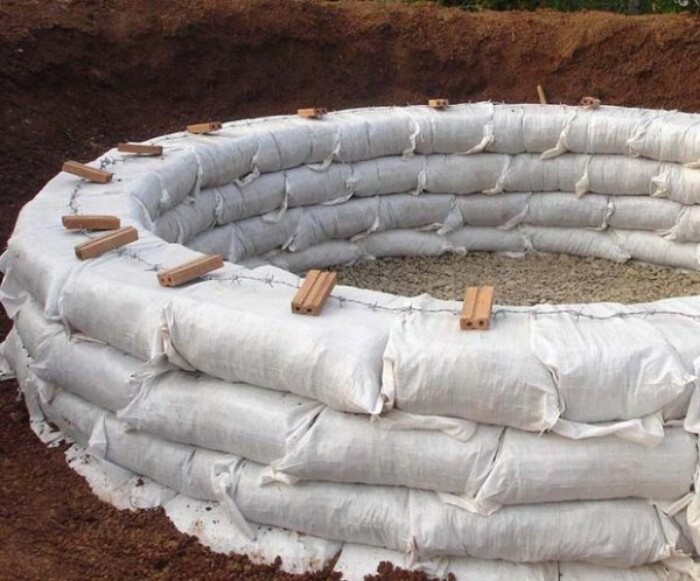 Here you can see Owen working on the arch above the door. As you can see, he used nothing but “found” materials for his home, keeping the cost as low as possible. Two old tires provide the form for the framework of the door. The bags are piled around that. See those posts sticking out? We’ll get to that in a moment. 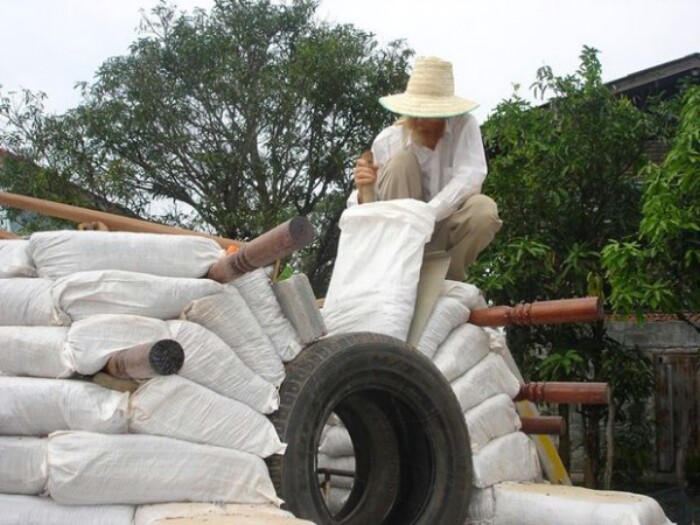 Here you can see what those posts are being used for. They not only help to support the shape of the door, but they also hold an awning overhead. 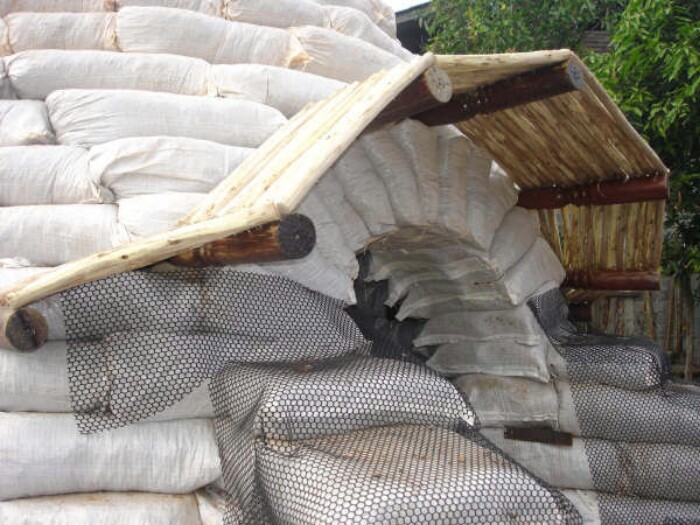 Owen added reinforcing bars throughout the structure to hold the bags in place. 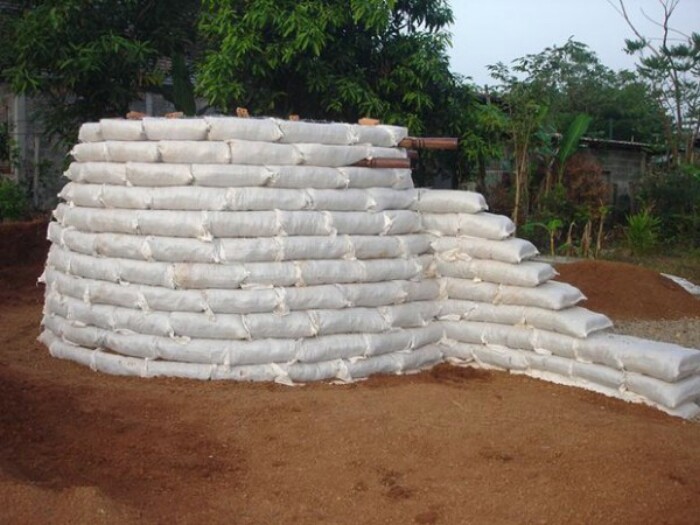 In this shot you can see the finished shape of the dome. All of the bags had to be carefully angled so that the structure of the dome would be strong and there would be no risk of collapse. 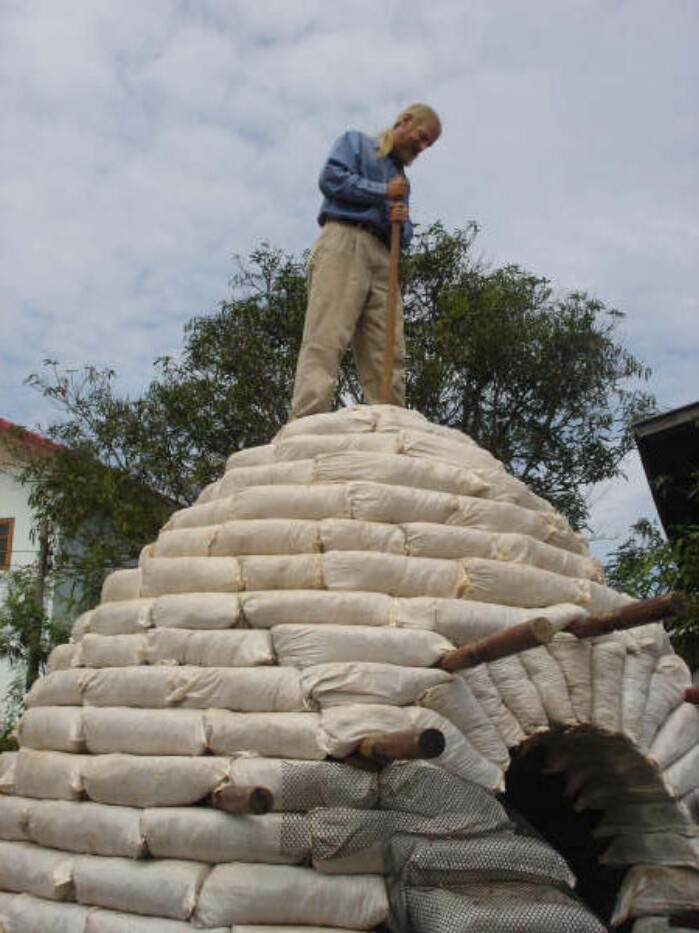 The “siding” was added on last, a natural carpet of grass which covers the entire structure in a blanket of life and imagination. 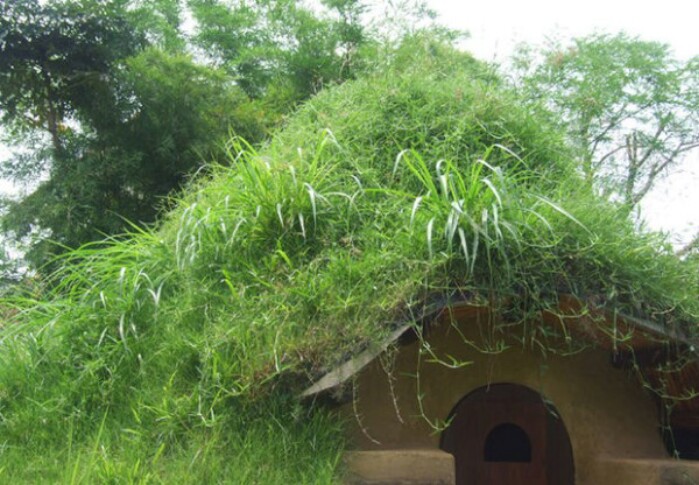 If you were as blown away by this earthbag tiny house as I was, make sure you share this link and also check out Owen’s Instructables page below. While you are at it, Google “earthbag house” and you will see a lot of other cool examples of earthbag construction. If you own some land and want to put up a structure fast and cheap which is going to be gorgeous to live in, easy to customize, and stand up to the elements, you are not going to find a better approach. Around a third of the world’s population now lives in earthenware dwellings, and it’s easy to see why. While these homes look like they belong to the past, in a world where most people struggle to get by with very little, they should become the homes of the future.

I don’t know about you, but after looking at Owen Geiger’s tiny house, I will never look at $300 the same way again!