Squeezed between two office buildings in Adelaide, South Australia is a teeny-tiny bar called the “Pink Moon Saloon” which looks very similar to the tiny house in Pixar’s Up. The bar is only 336 square feet divided into three areas: the bar, a courtyard, and a dining area. 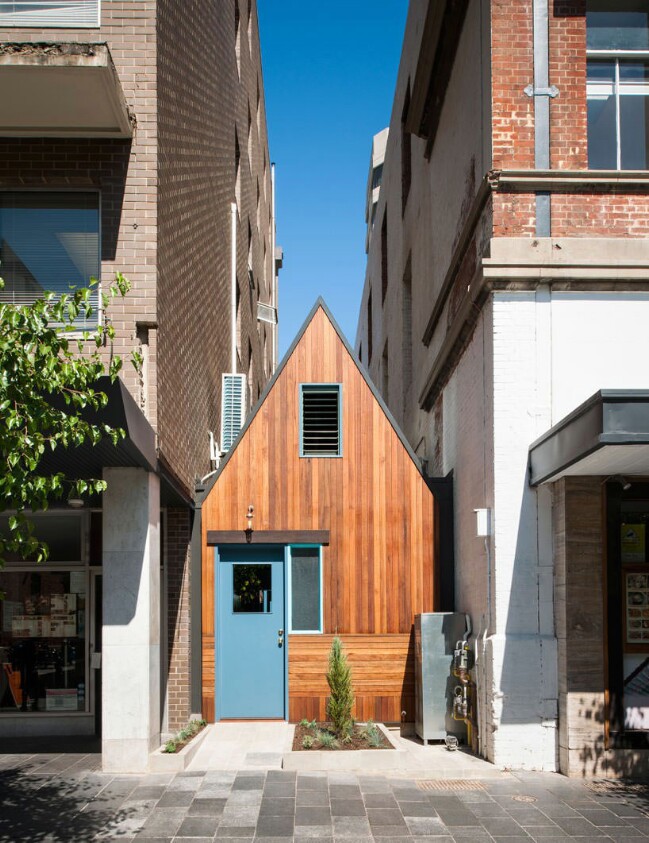 The bar was based on Japanese-style spatial arrangement to maximize the space and was designed to look like a modern cabin. 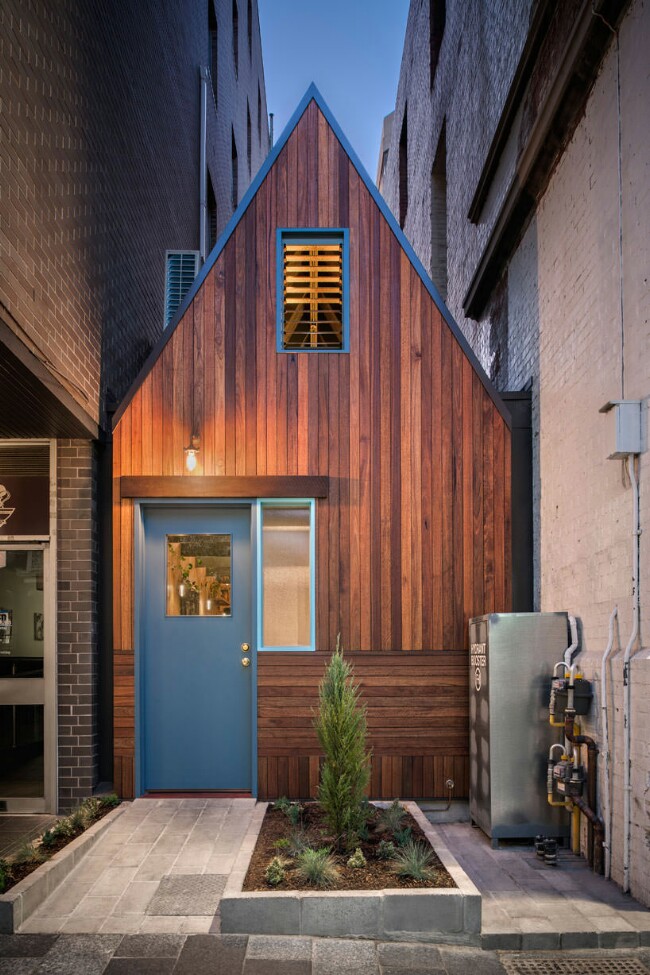 Many of the materials found inside were reclaimed from the local area such as Tasmanian oak, spotted gum, and ironbark. 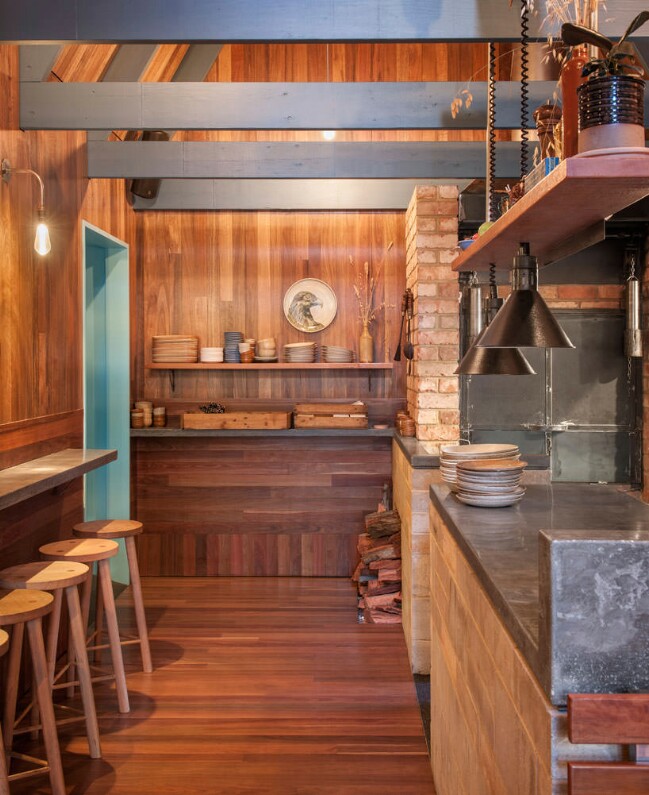 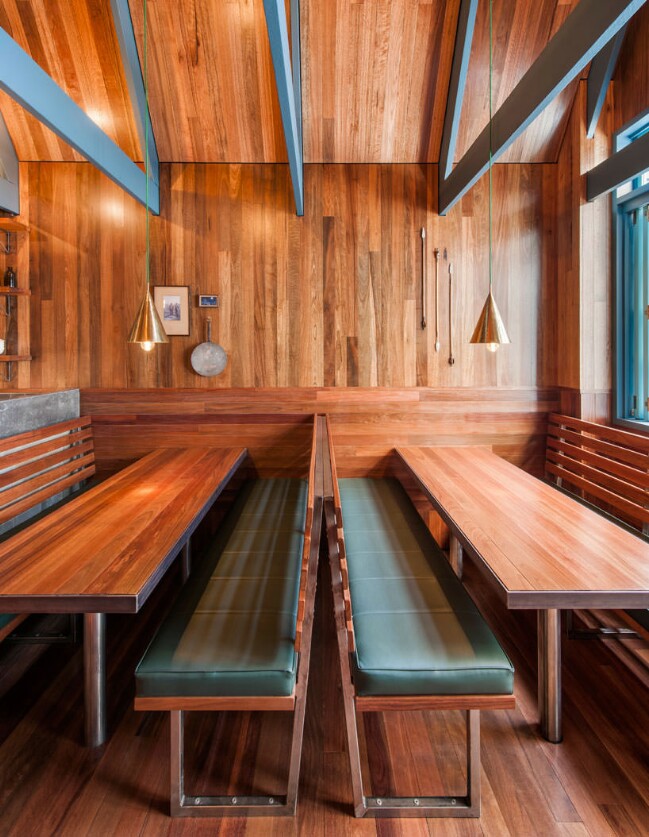 The high ceiling and exposed beams are much like what you’d expect in a cabin and the colors were based on Himalayan mountain huts. 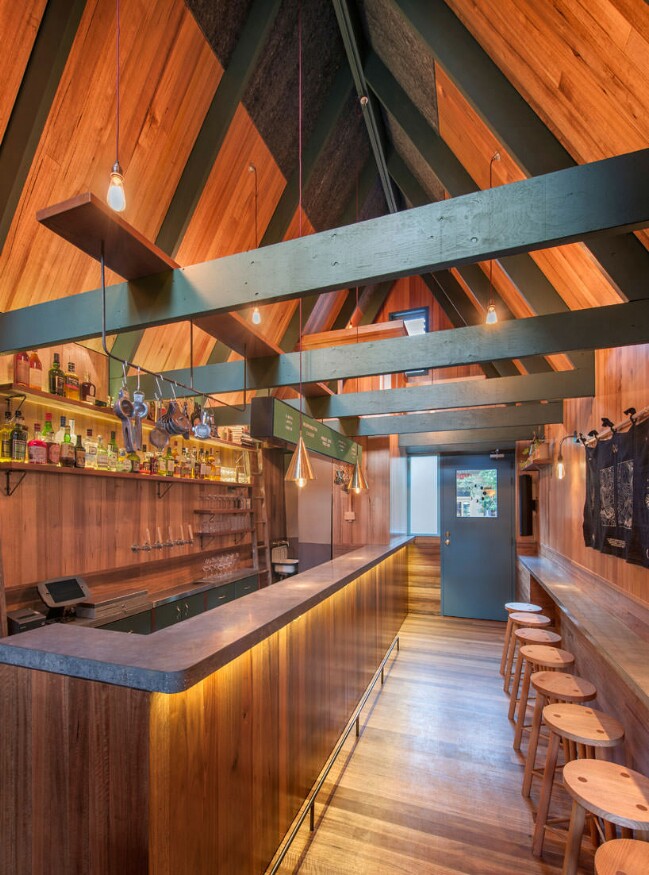 The open-air courtyard leads to the dining hut which has a glass front and warm lighting to draw you inside. 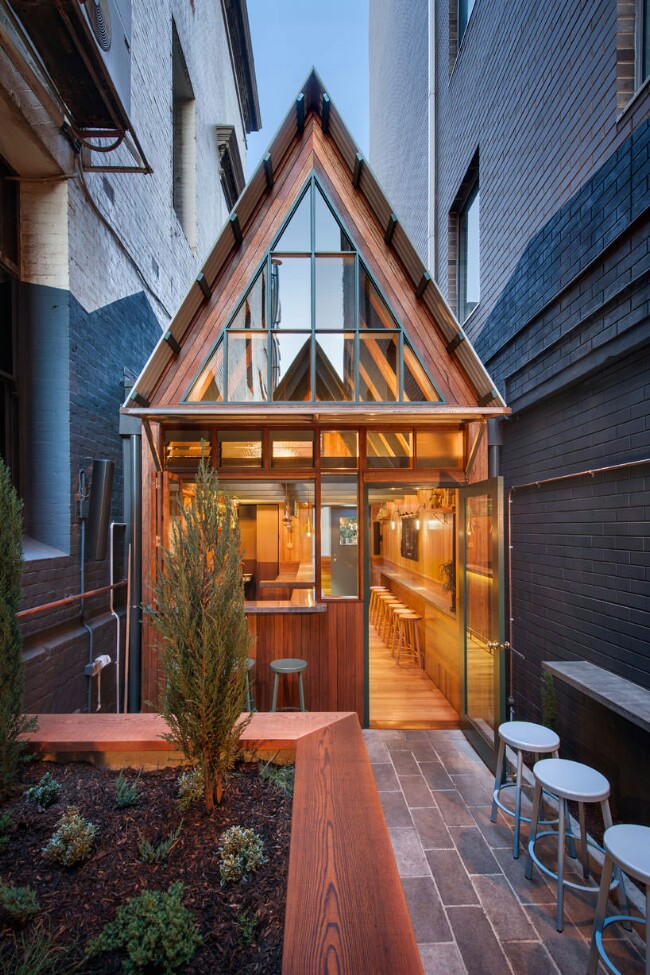 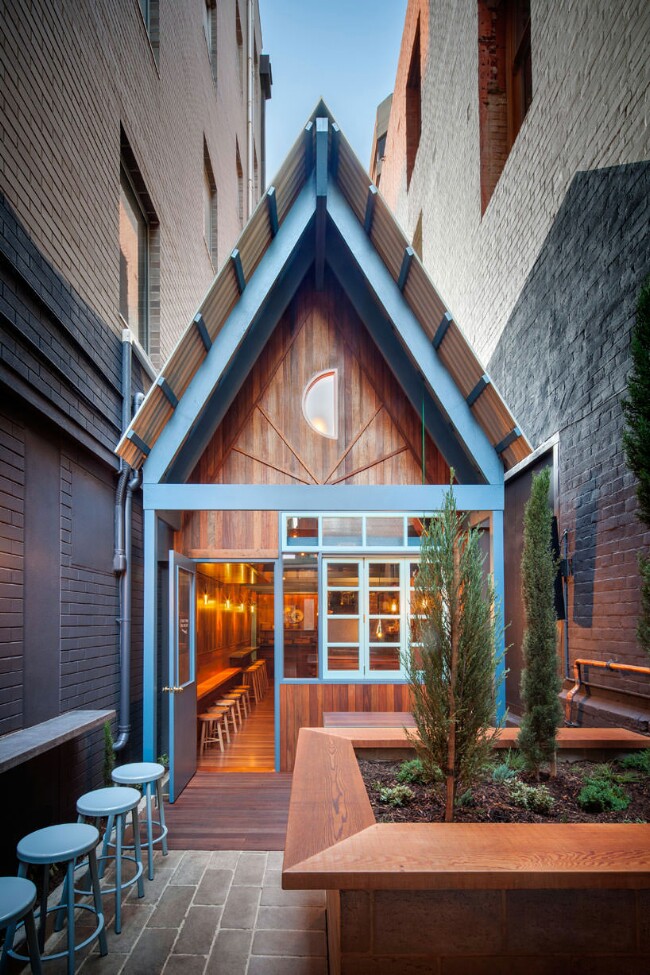 The goal of the bar was to embrace its surrounds and embellish them. We think they definitely accomplished their goal and did so without a grumpy old man and a curious boy scout! 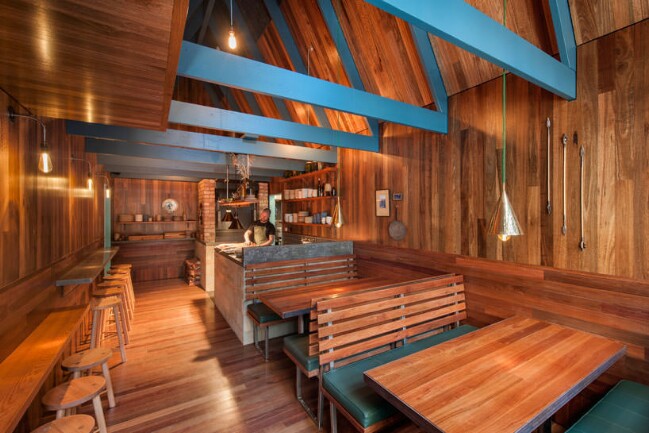 To learn more about Sans-Arc Studio, the design firm behind the impressive bar, visit their website at http://sansarcstudio.com.au/.